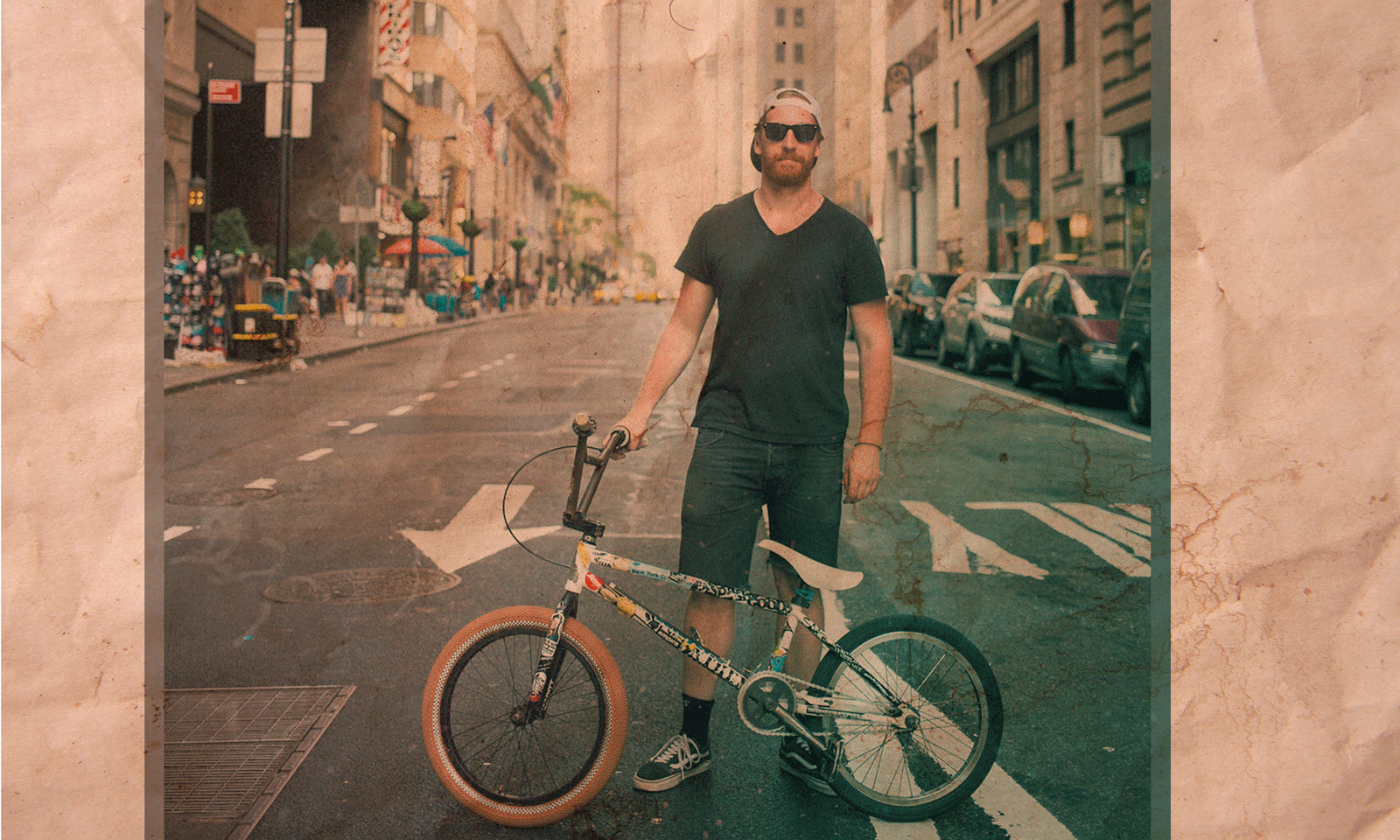 Brendan Vail is a can-do creator based in New York. Working out of his studio space with a wide range of clients, he has been involved in everything from branding and presentation decks, to apparel graphics and site activations.

Coming from the world of BMX Freestyle, underground music, and community engagement; he has brought his D.I.Y. work ethic to his design practice, and is never afraid of a challenge. Brendan studied Communication Design at Pacific Northwest College of Art in Portland, Oregon. Cutting his teeth working in a variety of print shops, agencies, and in house for companies, all while working on a number of side projects he expanded his skill set. Currently he is working with brands off all sizes, in addition to running a print and media lab at Mullaly Bikepark. The print lab features a free to use to the public studio for silk screening, digital printing, and more.

With a strong knowledge of production and print processes he has helped to create business initiatives and standout work across physical and digital mediums.

CYCLING IN THE CITY | 2019
The Museum of the City of New York featured a video piece that I produced for the 30th anniversary of Mullaly Bikepark featuring new and archived footage of the park’s history.

COMMUNITY PARKS INITIATIVE | 2017
Partnership for Parks recognized my work with the Community Parks Initiative award which was presented to the organization on March 8, 2017.

GOLDEN TROWEL AWARD | 2016
Partnership for Park’s Golden Trowel Award was given to my organization Mullaly Bikepark for our work revitalizing our space in The Bronx over the past few years.

ARTS IN THE PARK | 2017
The Department of Health awarded $13,500 for their Arts in the Park program to take place at Mullaly Bikepark. I oversaw the entire project from artist selection to installation, and promotion.

NEIGHBORHOOD GRANT AWARD | 2017, 2016, 2014, 2013, 2012
Citizen’s Committee for New York City has selected my organization numerous times for their Neighborhood Grant which they award yearly to community organizations.

CAPACITY FUND GRANT | 2017, 2016, 2015
Partnership for Parks has provided us with grants to help produce marketing materials for the organization and further our outreach in the community.